Julie Stevens graduated from Northridge University with a B.A. in Liberal Studies and continued her education, receiving a Multiple Subject Credential. She later earned a Master’s Degree as a Reading Specialist. She was hired as a Primary Elementary School teacher by the Conejo Valley Unified School District in 1985 and has worked at Meadows Elementary teaching 1st or 2nd grade for the past 30 years. During her time at the district, she was also hired as a Mentor Teacher for Language Arts and conducted numerous workshops for the C.V.U.S.D. teachers.  When Meadows Elementary School closed, Julie was excited to help with the MATES Charter and co-wrote the first and second grade curriculum for the Charter School. Meadows/MATES has always had a special place in her heart, for not only has she been an instructor there, but also attended Meadows Elementary as a student in kindergarten through sixth grade. Julie has a husband named Alan and two boys, Corey, a graduate of Coconino College, and Brian, a graduate and employee of NAU. Both boys attended Meadows Elementary, just like their mother. She is thrilled to be a part of such an innovative school, creative staff, and supportive MATES community and is looking forward to another fantastic school year. 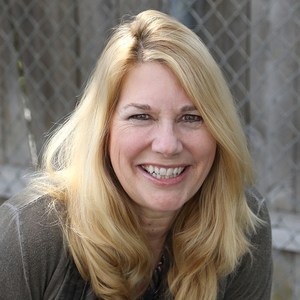 Dear Room 6 Parents,
I made a mistake on my last post. I am terribly sorry. I had the incorrect date for our Frog and Toad performance. The corrected date is:
CORRECTION:
THURSDAY, MARCH 5TH
8:30am - Parent performance
10:30 - School performance.
Please change your calendars!
Julie Stevens

Save the date!
Our class will be joining the other two first grade classrooms for a performance of the musical, Frog and Toad All Year.
The performance date is Wednesday, March 3rd.
We will be doing a parent performance at 8:30a.m. and a school performance at 10:30 am in the M.P.R.
Hope to see you there!
Julie Stevens

Happy New Year! Looking forward to a wonderful 2020 together.
Just a reminder that tomorrow (Monday, January 6th) school resumes and it is library day. Bring back any MATES library books you might have.
Also, I am seeking help during my reading center time. Miss Madelyn who helped with reading centers everyday is no longer with us and I will not be getting any CLU helpers until the end of the month (the college is still out of session). The biggest time slot needed to be filled  is Thursday's from 10:00- 11:40a.m.
I could also use a volunteer during the following reading centers as well:
Tuesday 10:00-11:00
Wednesday 10:00-11:40
Let me know if you have any time available to help (even if it is temporary for the month of January). Volunteering makes a huge difference in your child's education.
Thank you,
Julie Stevens 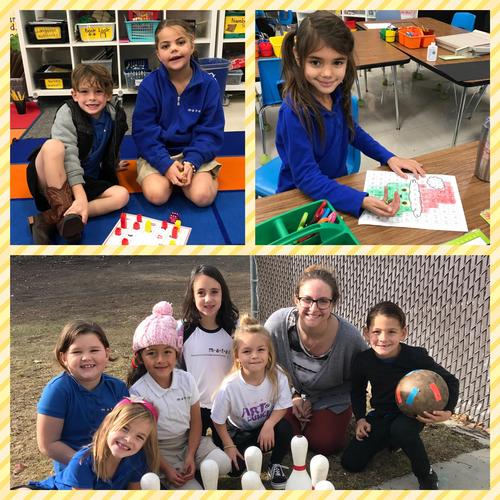 We have had an exciting month! I cannot believe Winter Break is around the corner. Hope to see all of you at our "Whoville Breakfast Party" next Friday, December 20th. Don't forget to bring your "Secret Santa Gift" ( a book -gift wrapped with a name tag who it is from and who it is for).  Please contact me if you have any questions.
Above are some snapshots of a recent  Room 6 Math Workshop. Math workshop allows students to learn math and practice math concepts in a motivating way. It also taps into a variety of learning modalities. In the far right Vincent and Ashlyn are playing "Extreme Bump" a game where students practice adding three numbers together and problem solve to bump their opponent and steal their number. Ariana (on the far right)  is combining listening skills, knowledge of the 100's chart and Art to design a portrait of the Grinch. The bottom picture Bri Snyder a CLU student is working with a group on "Subtraction Bowling". This game allows students to physically make subtraction happen with a bowling ball! Students then construct a subtraction number sentence explaining what happened with the pins. It was a HUGE favorite and a highly exciting way to cement the understanding of subtraction. We are so lucky to have Bri! Have you heard of our recent partnership with CLU? Just this year MATES and California Lutheran University entered into a formal partnership which allows university students to complete fieldwork hours by volunteering in our classrooms. This allows for more individualized learning time with students. Everyone benefits - especially the children!
So many exciting things happening at MATES! 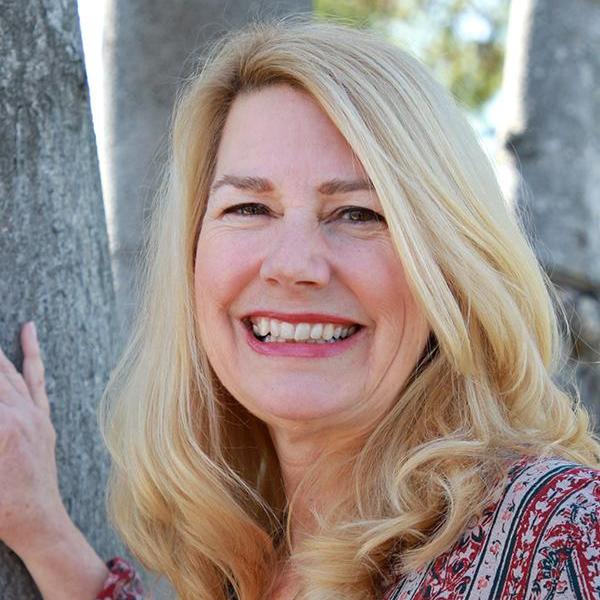